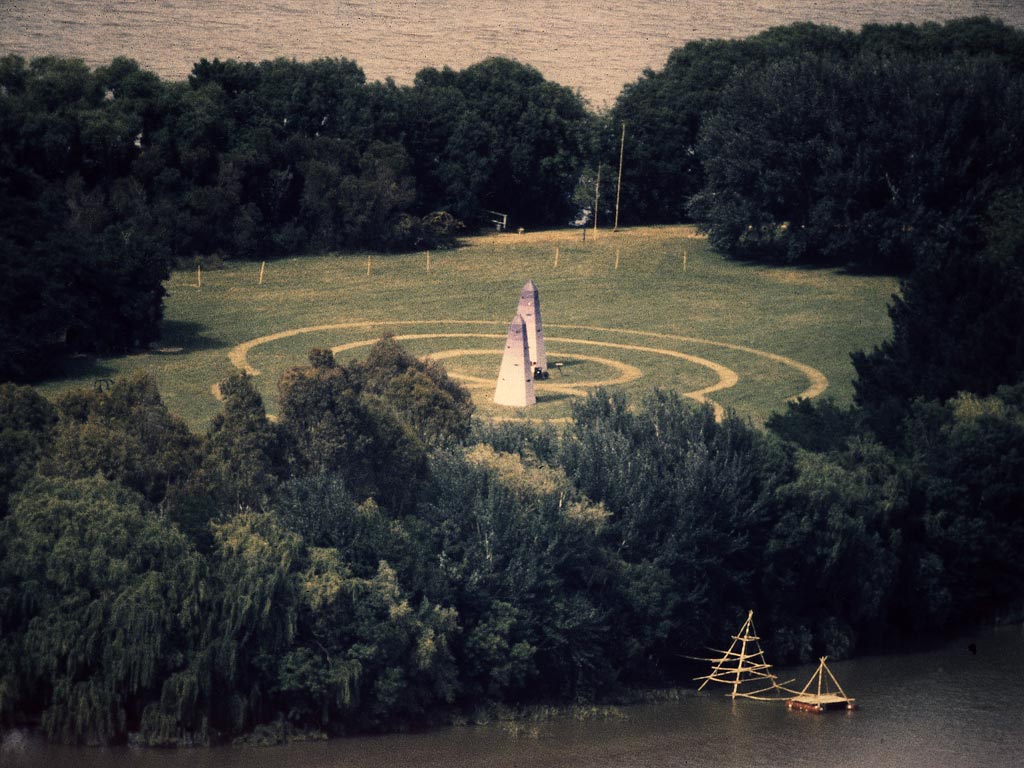 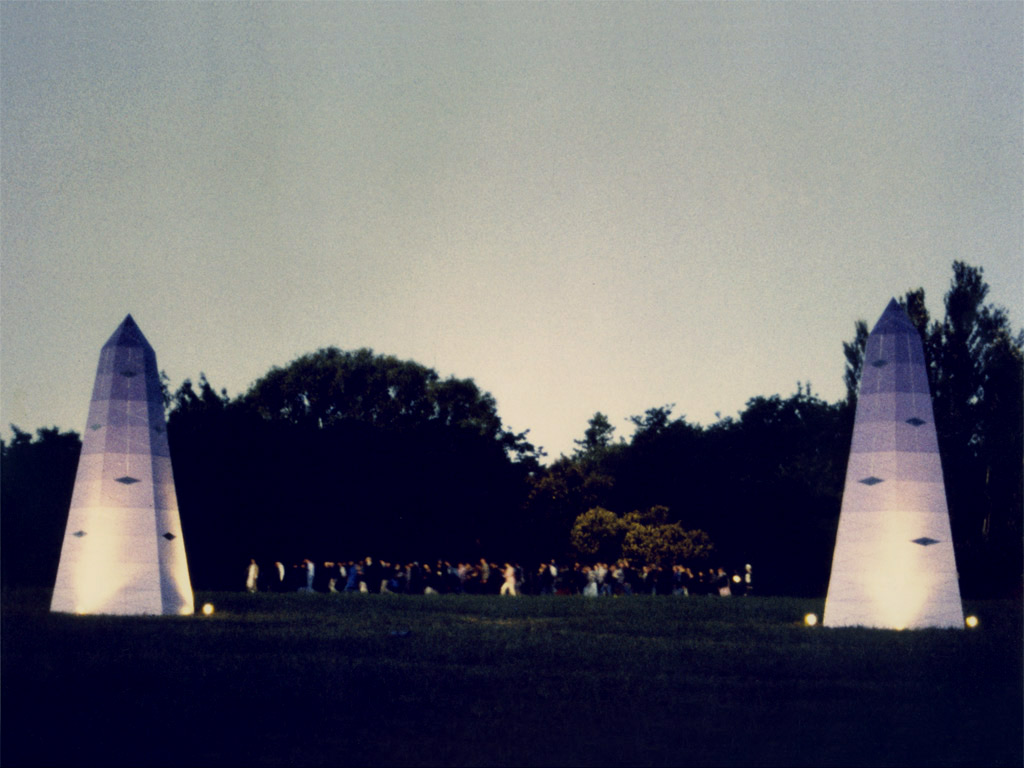 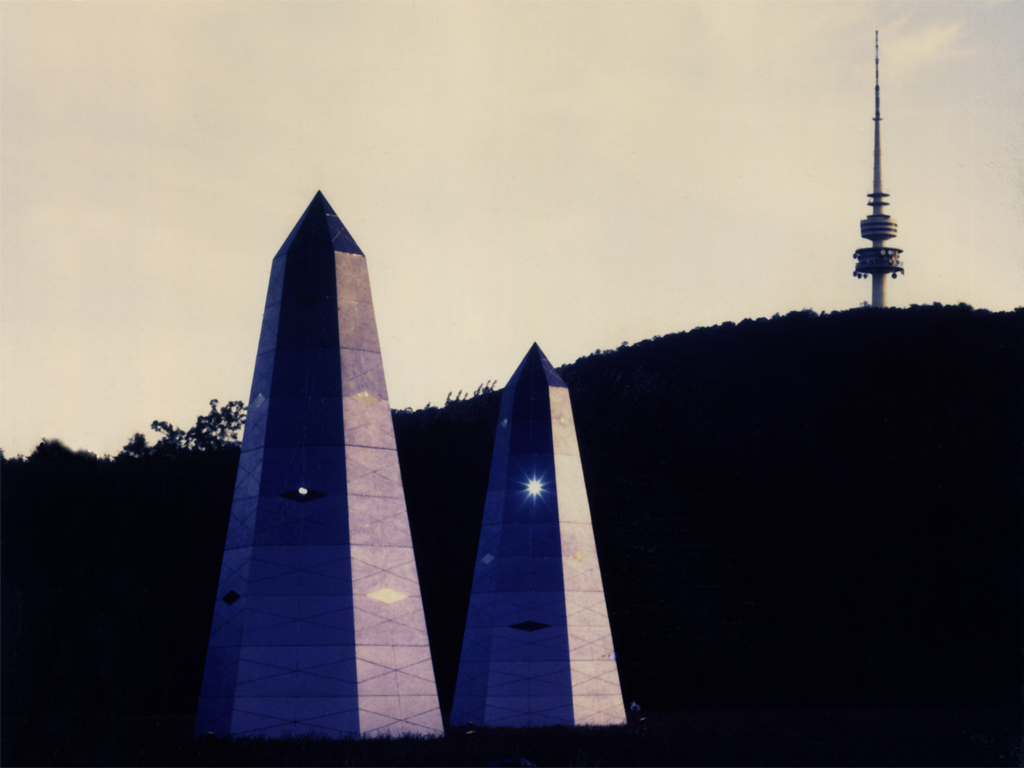 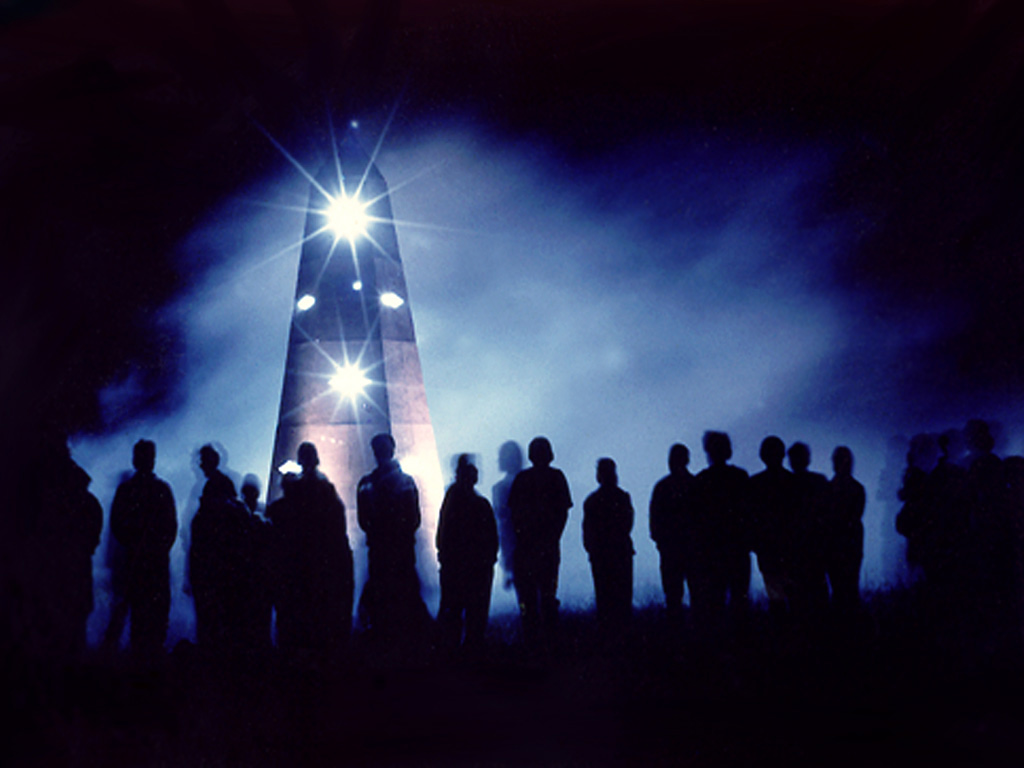 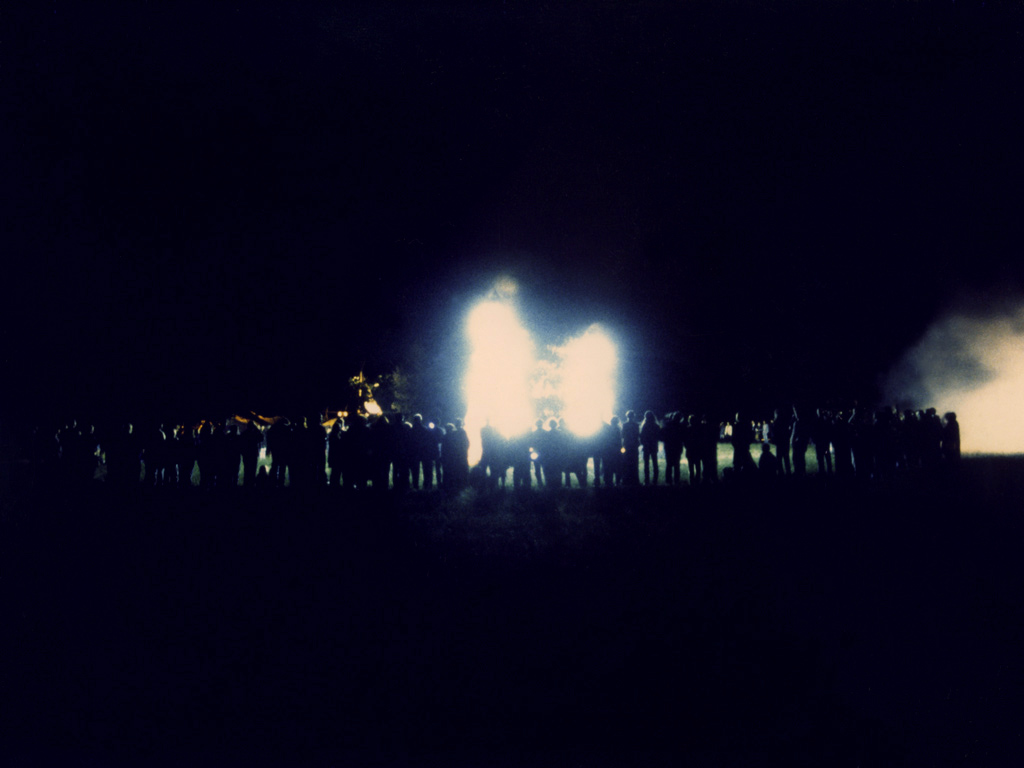 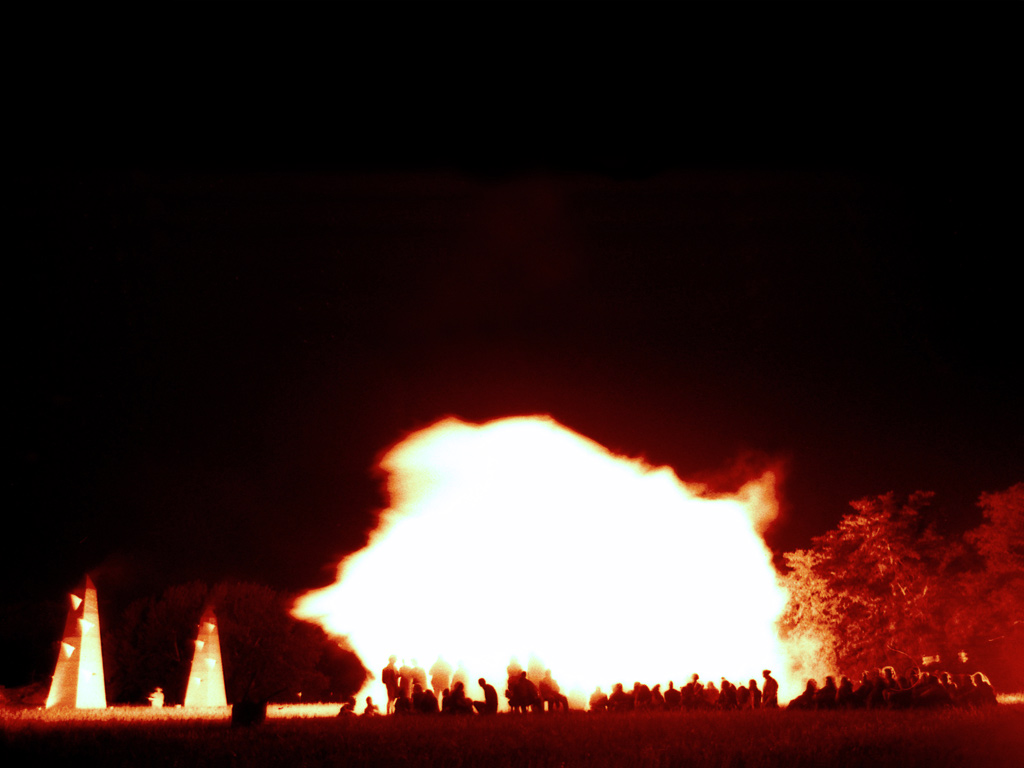 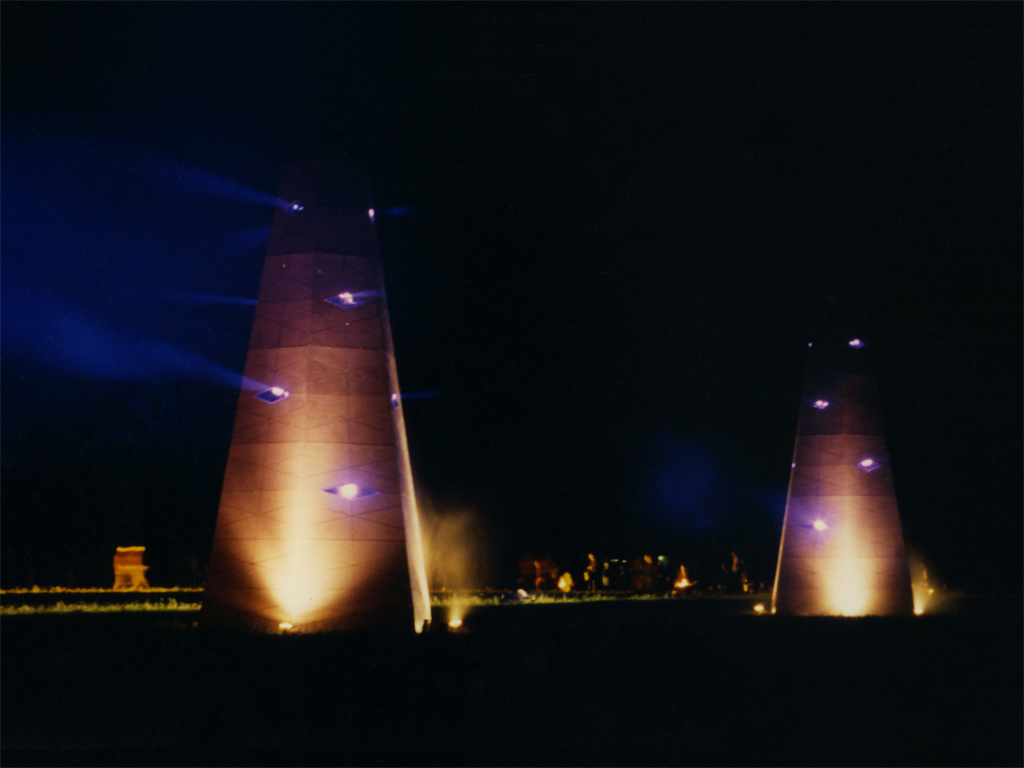 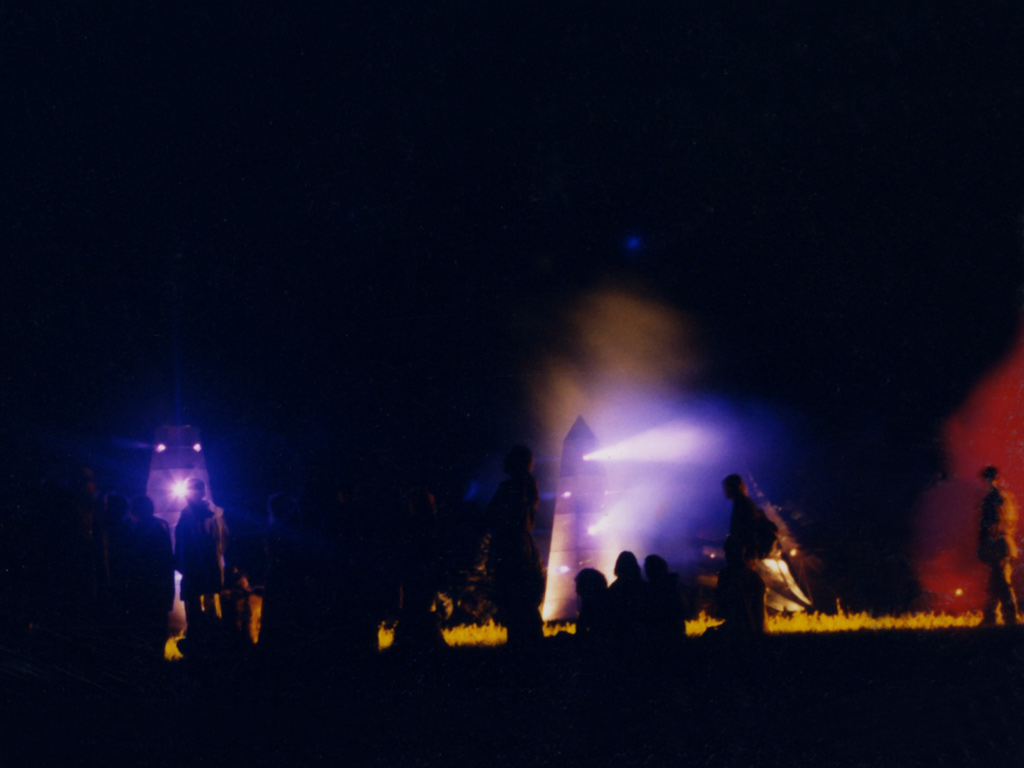 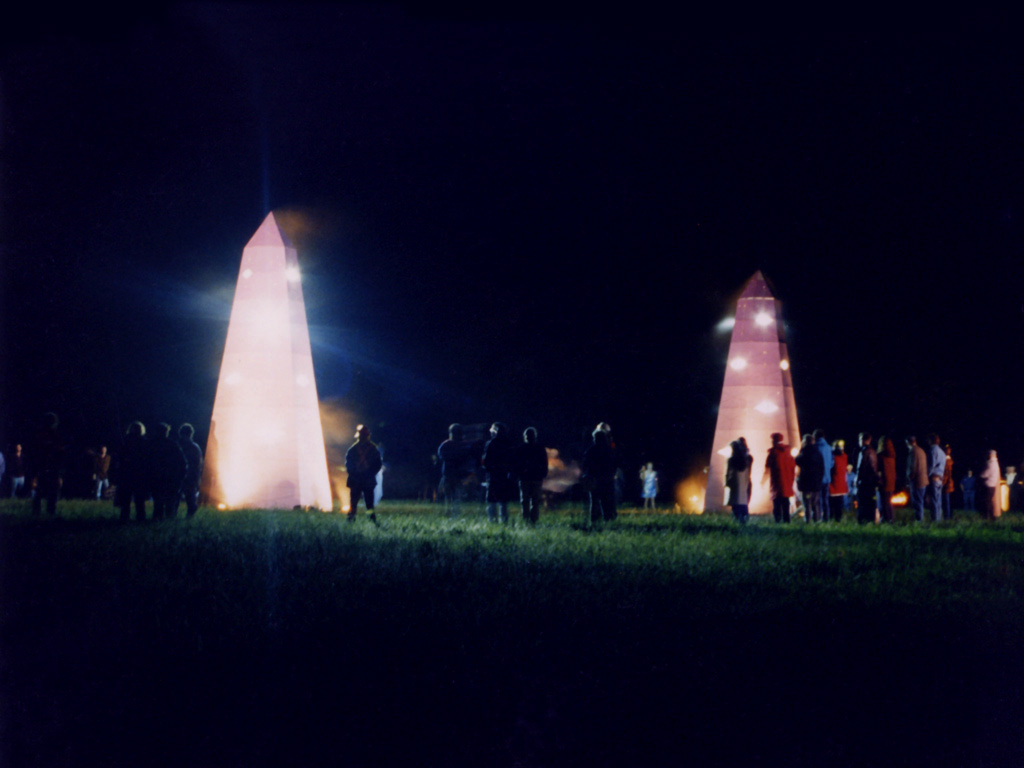 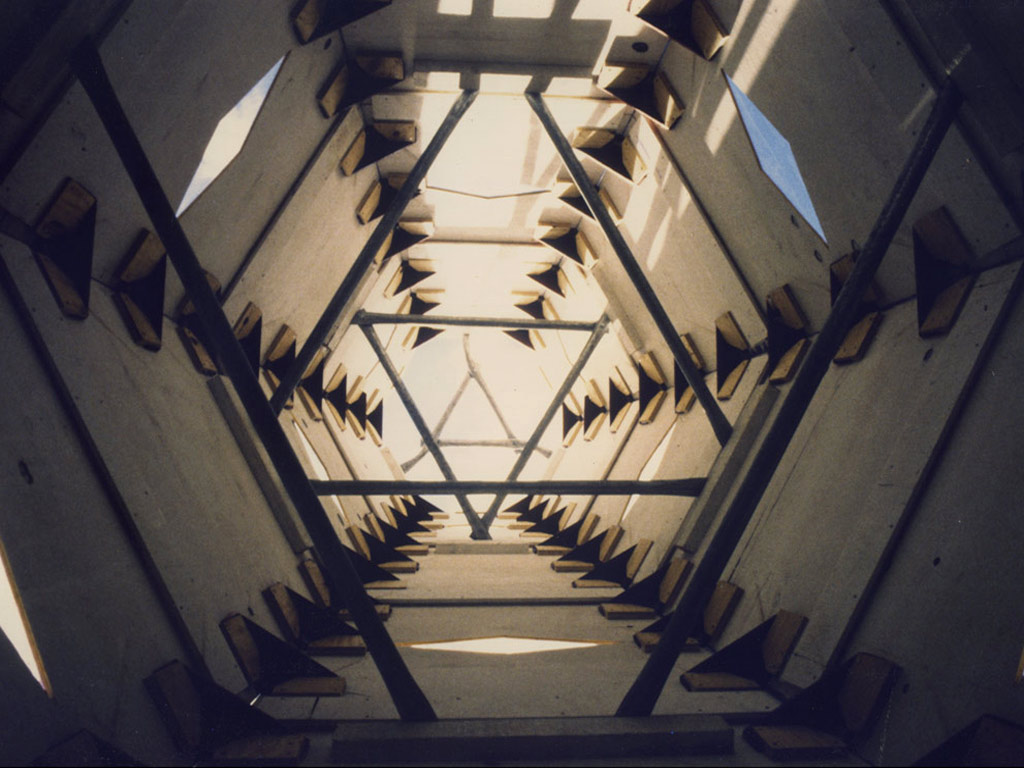 The Crystal Obelisks were originally the centre-piece of an adventurous outdoor theatre production by Splinters Theatre company. The show entitled “Utopia / Dystopia” dealt with issues surrounding the planned capital city Canberra. The production was set on Spring Bank Island in the middle of a man made lake. Each night the audience was ferried out to the island and lead on a magic mystery tour. The show dealt with concepts of a utopian city planned by theosophical architects counterpointed with dystopian images influenced by William Golding’s novel “Lord of the Flies”.