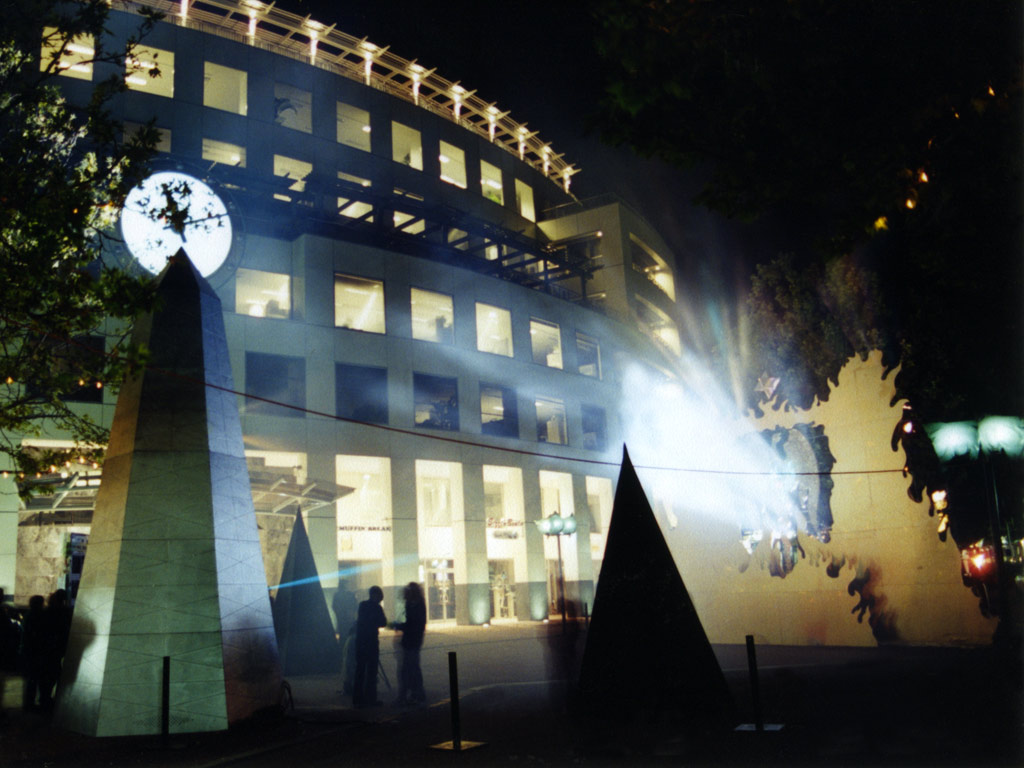 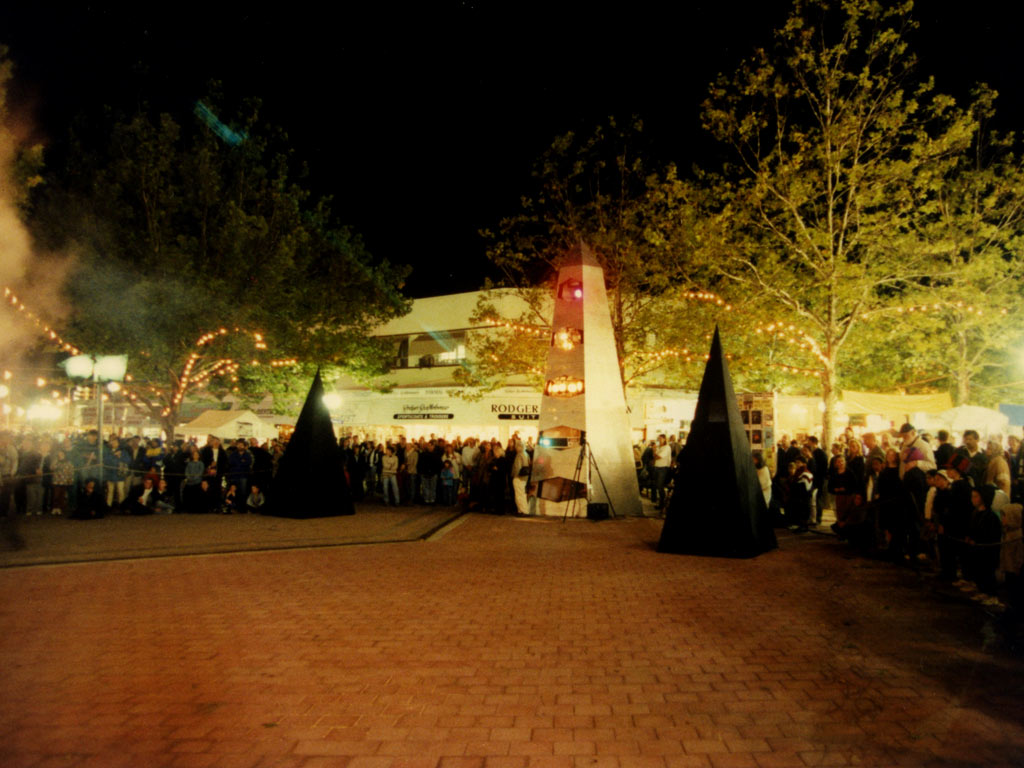 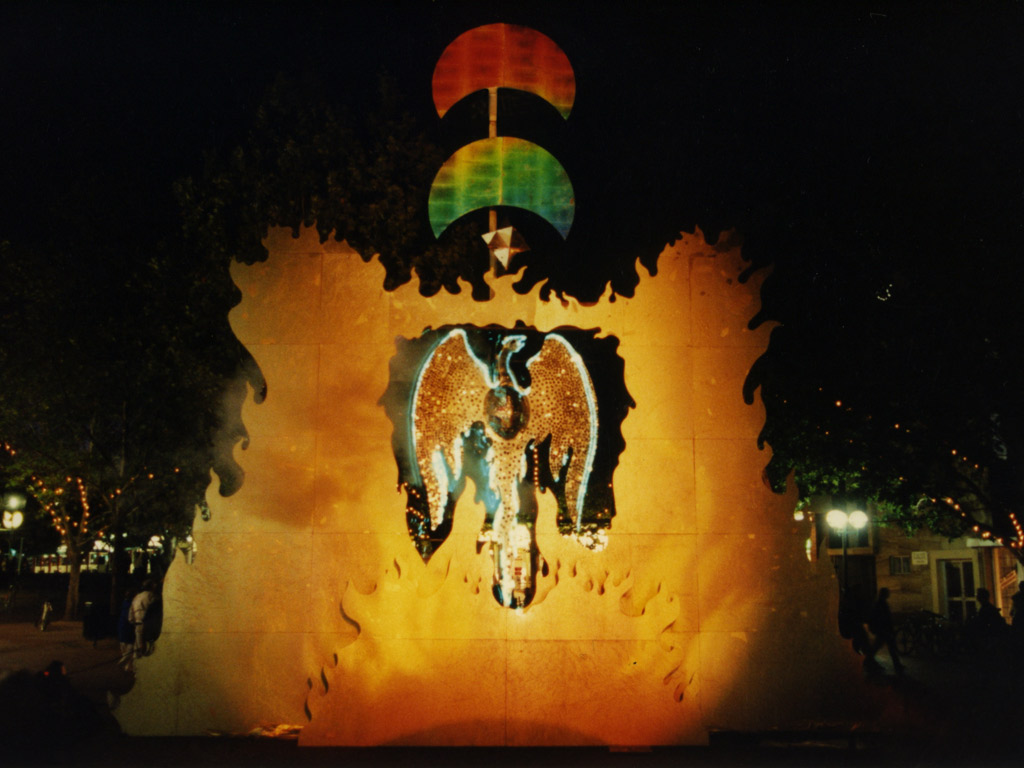 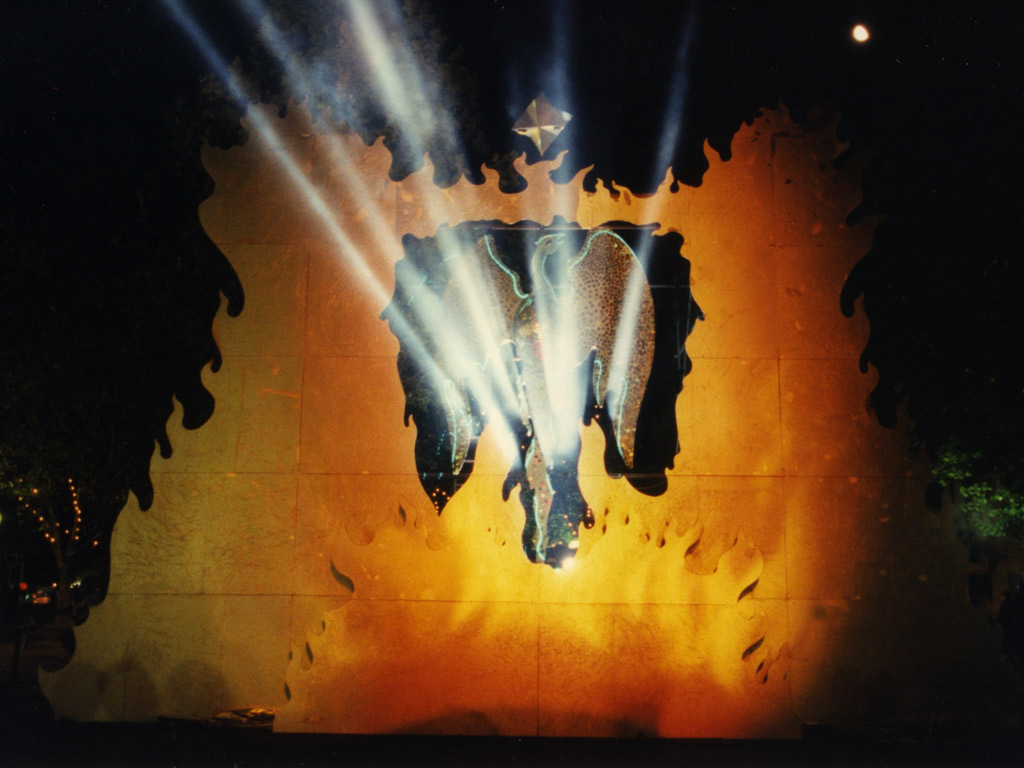 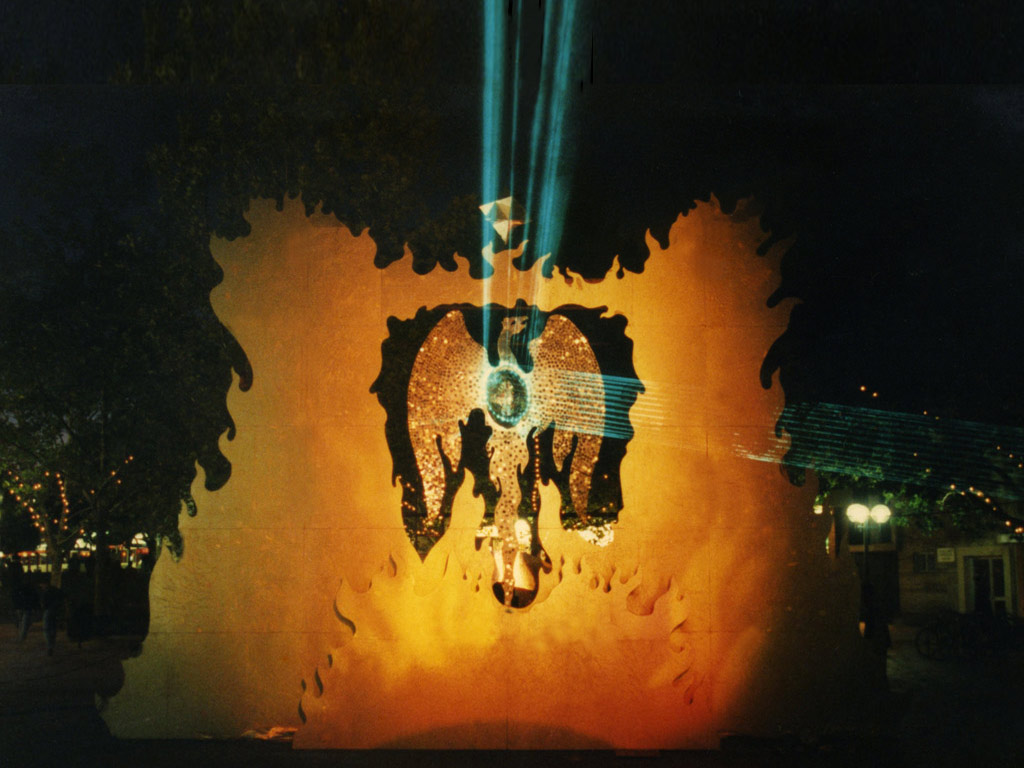 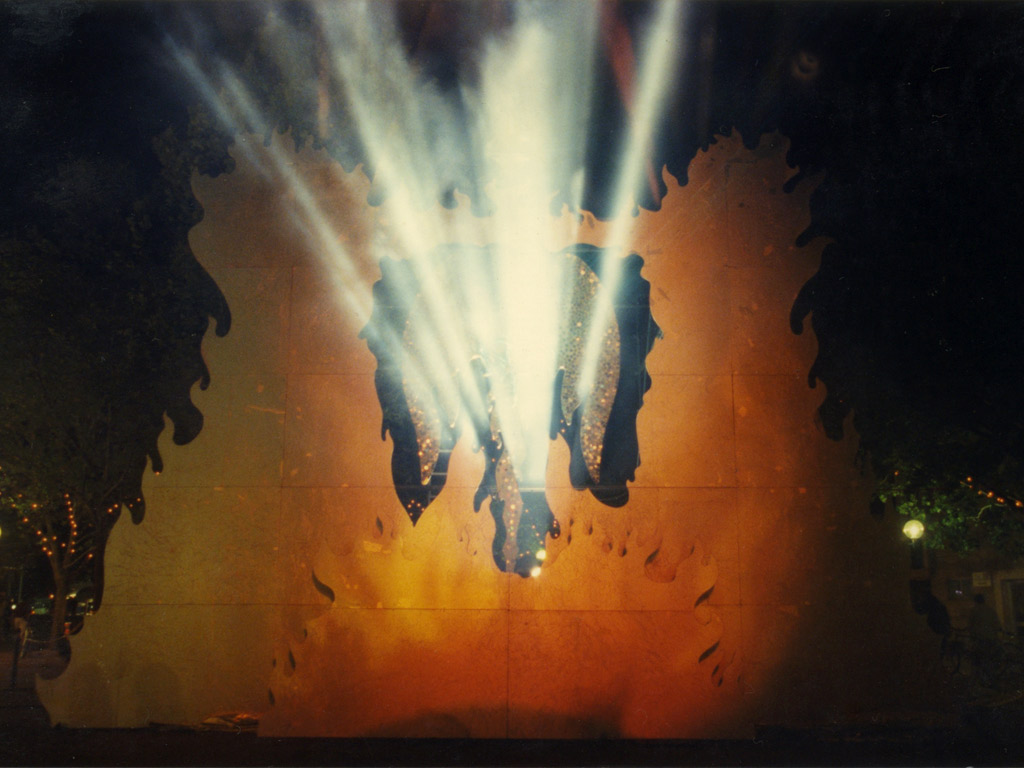 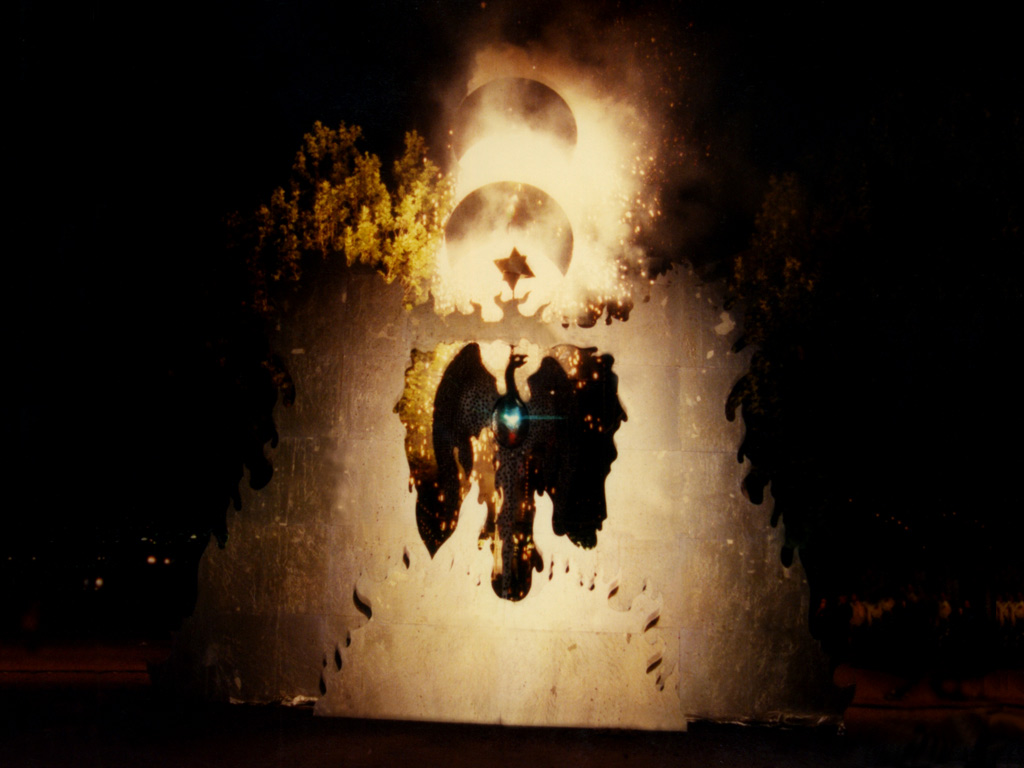 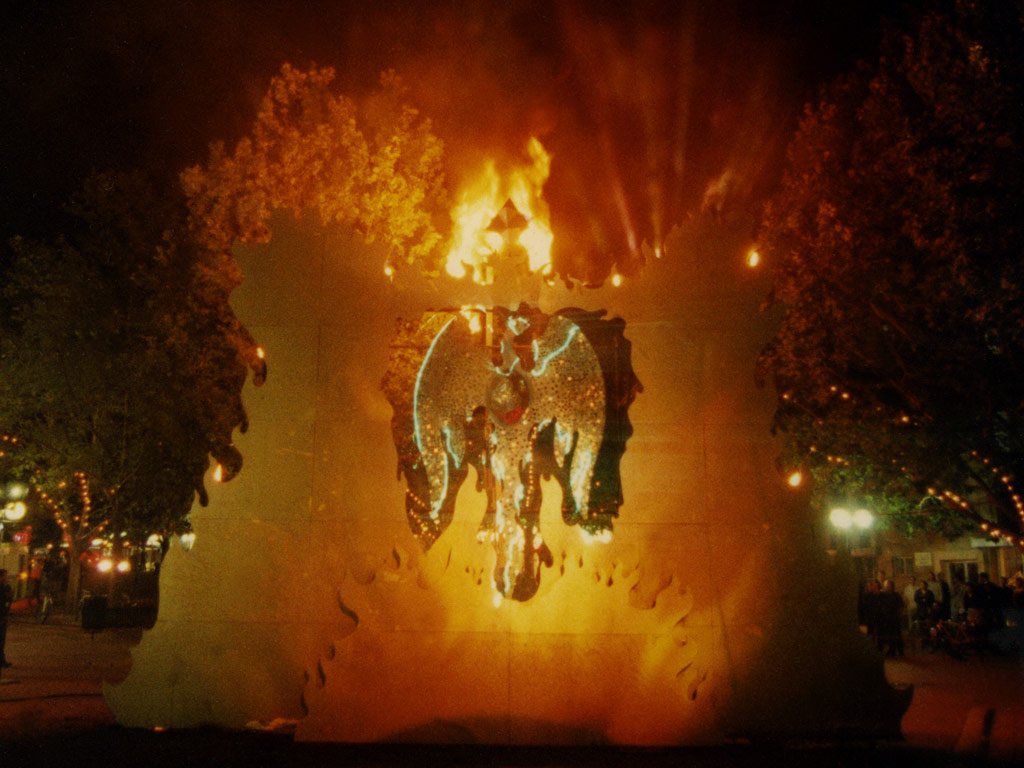 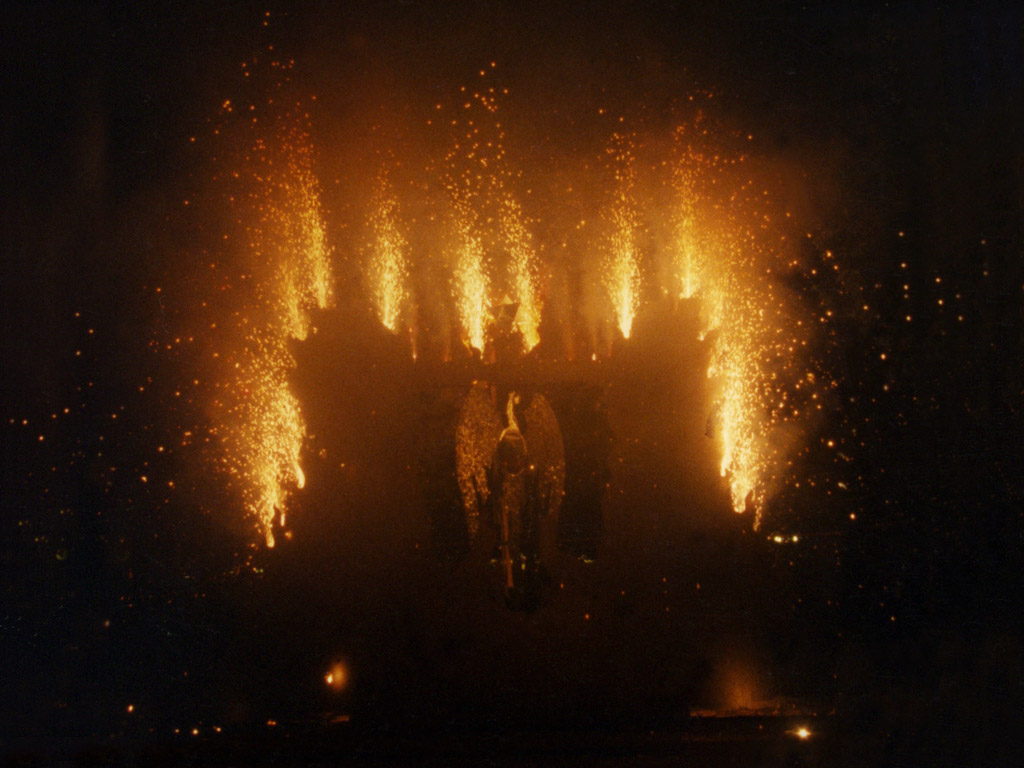 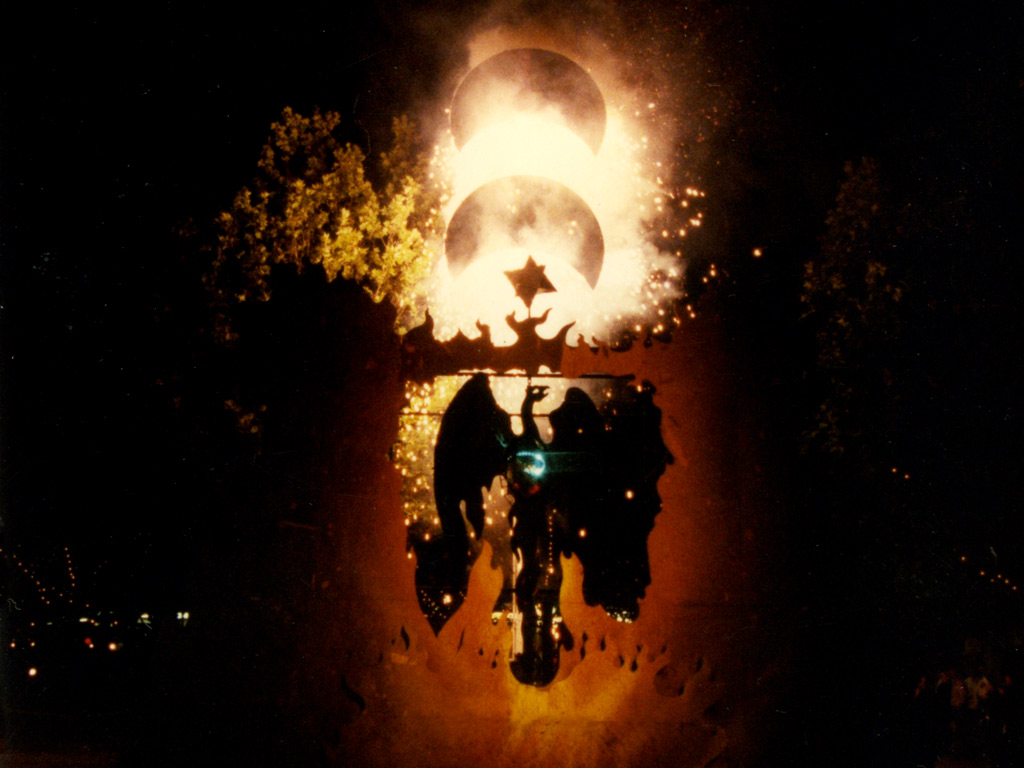 This Spectacle Installation was inspired by the ancient myth of an immortal bird that builds a nest of fire once every thousand years and is reborn from its own ashes. As a New Years Eve Spectacle.  the regenerating Phoenix is symbolic of the old year passing and the new year beginning. The design creates the mesmerising illusion of a shimmering Phoenix appearing and disappearing within the giant golden fire nest. The installation featured a customised laser animation which generated suspense towards the climatic midnight pyrotechnic finale.